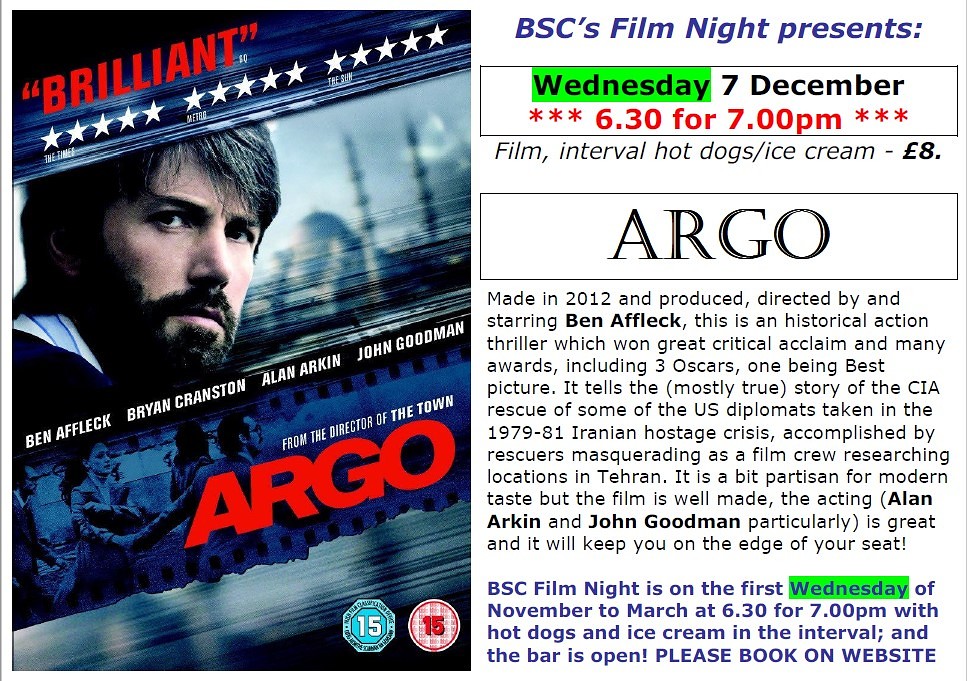 Made in 2012 and produced, directed by and starring Ben Affleck, this is an historical action thriller which won great critical acclaim and many awards, including 3 Oscars, one being Best picture. It tells the (mostly true) story of the CIA rescue of some of the US diplomats taken in the 1979-81 Iranian hostage crisis, accomplished by rescuers masquerading as a film crew researching locations in Tehran. It is a bit partisan for modern taste but the film is well made, the acting (Alan Arkin and John Goodman particularly) is great and it will keep you on the edge of your seat!

BSC Film Night is on the first Wednesday of November to March at 6.30 for 7.00pm with hot dogs and ice cream in the interval; and the bar is open! PLEASE BOOK ON WEBSITE.

Any available tickets are member only.

Previous Add to calendar Next